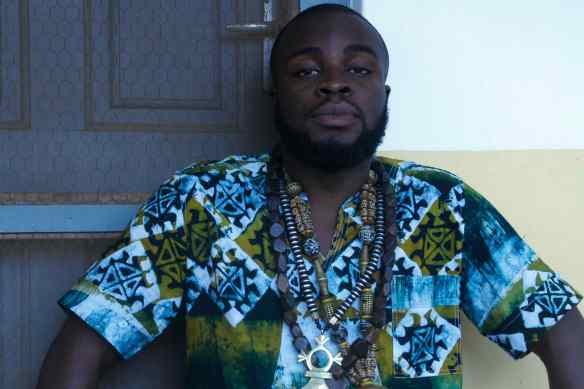 FUNKY COLD MADINA is not only the name of Tone-Lōc‘s 1989 hip hop classic but a fitting reference to two of Ghana’s most ice cold emcees (*however, Lōc’s version is spelled Medina).

M.anifest and Lyrical Wanzam – who both grew up in the Accra suburb of Madina – team up and trick out this track about having fun with life, “Sheygey Reasons” (pidgin for “for foolish reasons” or “for the sake of it”). Producer Kwam1 flips highlife upside down with Vis-a-Vis  + K. Frimpong’s 1977 muse “Obi Agye Me Dofo” (Someone Has Taken My Lover).

The MCs have had a succulent mango kind of year. M.anifest created new music for the Rocket Juice + The Moon album (released in March 2012) performing with Damon Albarn (of the Gorillaz), Tony Allen, Flea, Erykah Badu, M3NSA (of FOKN Bois), and Fatoumata Diawara. In June M.anifest performed live on Big Brother Africa 7: Stargame! for millions of television viewers continent-wide and just last month he jam-packed a show at Africa Express in London.

Word on the street is that Wanzam is beginning work on his first EP project. His AfroPolyTank mixtape received 10,000 downloads in the first week of its release in February 2012 causing cats to sit up right and take notice. The lyricist is signed to the management label Fullish Art and record label, Cryme Records.

BUMP this joint in your speakers. For sheygey reasons.