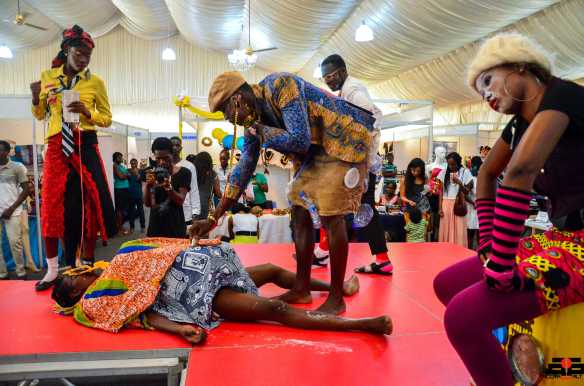 Two years ago when visual artist Attukwei Clottey decided to showcase work in his hometown, La, he knew he had to get an enthusiastic group of young folks to buy into the idea. Attukwei wanted the people of La to understand the power of art and how it could transform their community.

Between art residencies in Austria and Netherlands, Attukwei took action and assembled a gathering of characters under the pseudonym “GoLokal.” He adopted this name because of the indigenous style of this artist crew – visually provoking, eclectic, cool yet vibrant. GoLokal is comprised of ten members in total [6 guys, 4 girls] who are quite passionate about their newfound mission. 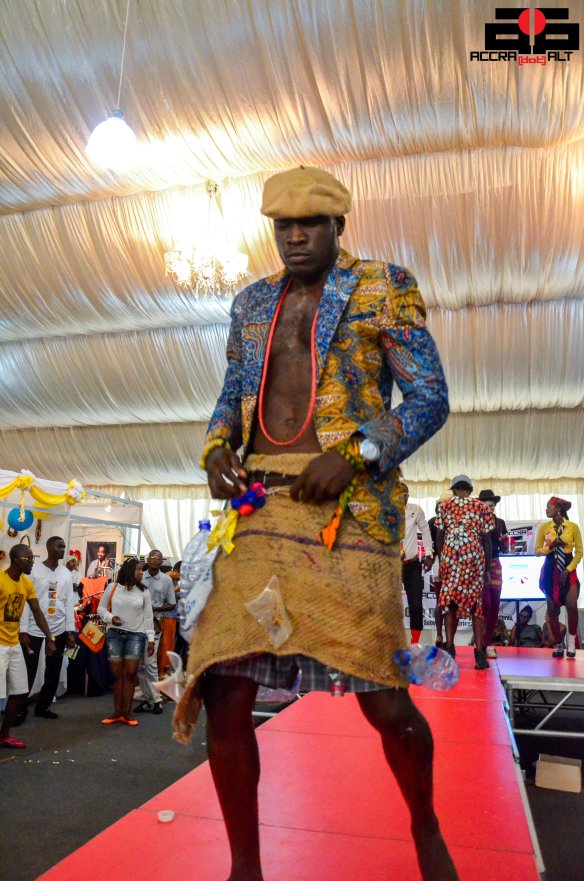 Since 2012, GoLokal has gained an ever-expanding audience with major performance at art events across the city. In 2013, the crew arrested the attention of attendees’ at ACCRA [dot] ALT’s CHALE WOTE Street Art Festival, literally, taking over the street with improve performances. They even led a grand parade down High Street with the Flat Land Boys bikers and the 25-member Winneba Masquerade. Last month, we jammed up with GoLokal at the 2nd annual FashionistaGH Shopping Festival at Trade Fair. With collage costumes, bright yellow jerry cans, slick face paint and killer dance moves, GoLokal had crowds snapping smartphone pics all afternoon. Word on the street is the people can’t get enough of the La mobile art shows.

No matter how often we work with Attukwei and the rest of the GoLokal crew, we are consistently fascinated by their fresh performance installations. Last week, I visited Attukwei at his art studio to chat on how GoLokal began, what they’re all about and what the art crew’s got going next. END_OF_DOCUMENT_TOKEN_TO_BE_REPLACED