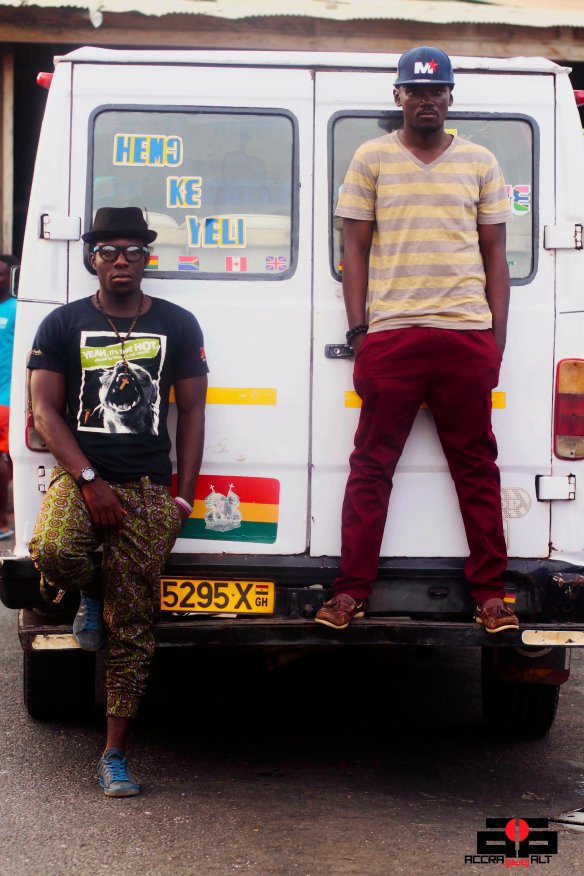 To be totally frank, Ghana’s music identity is experiencing a sort of puberty – an awkward growing state on the verge of a uniquely full-fledged confidence. The country’s sonic youth are flipping through radio and TV stations, smartphone apps and digital downloads to hear the latest and greatest West African bass music from Ghana’s urban centers and Naija, U.K. grime and dub step from the U.K. and the U.S. hip hop pop sound, among others. Ironically, gospel highlife pop music is tuning the ears + pockets of most Ghanaians, including young folks who make up a swelling majority of the country’s Christian congregations.

Enter, Stage Left: house music heads, MCs and producers, Badboy STELOO and YAW P. As the house music wave sweeps across the continent again – South Africa and Kenya have some hardcore house scenes happening – Steloo + Yaw P have been banging together lo-fi techno beach tracks to put Ghana house on the map. They are plucking a sweet balance between what Yaw P calls “culture and commercialism” – a sound that will stick to the cab and tro-tro radios and pubs and clubs from Accra to Kumasi to T’adi. Yaw P laughs, “It’s so tough to please a Ghanaian!” Although the road may prove bumpy, there’s an enchanting tropical bass space looming close.

Yaw P. and Steloo’s music is not a carbon copy of what already exists but an evolving lab to create new Ghanaian house. The idea is to experiment with different sounds to create a unique Ghanaian identity within the global House music circuit. These sound scientists are looking to rehabilitate Ghana’s affection for house music. “[It’s a] totally different sound from what you hear on the radio. That’s what I think will blow up this year or next year,” Yaw P said. “And once that happens, you will hear music that is so diverse. So much to choose from and so much to identify with.” 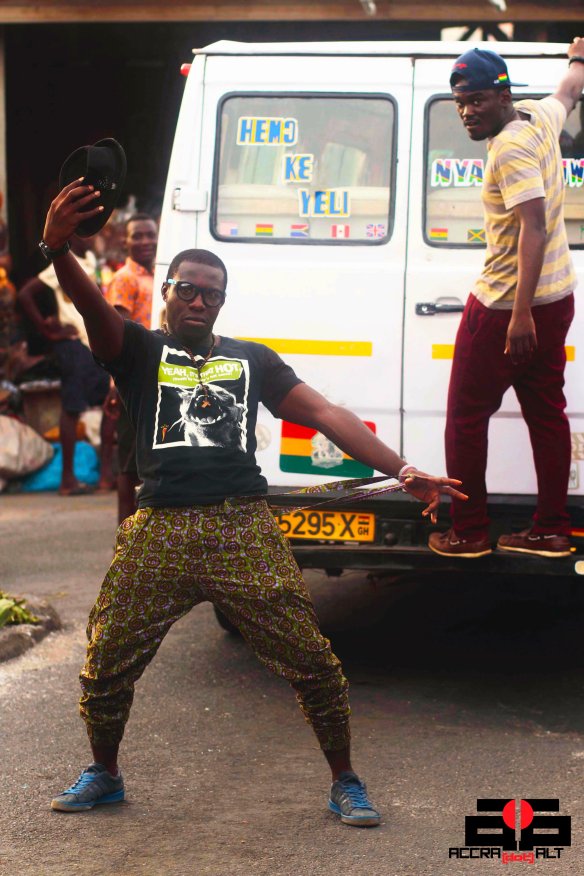 Electronic music is not a new thing in Ghana. It began sweeping the streets with the burgher highlife cassette craze [mid-late 80s], Charles Amoah’s legendary housed out highlife sound [1987 – 1991] and the huge hit, Technotronic’s Pump Up the Jam [1989]. House music was even translated into the Ga slang term, ahsorkpor. Throughout the 90s, Ghana experimented with electronic music and highlife [Daddy Lumba, Oheneba Kissi, Sir Roberto, etc]. But as soon as the house music madness started to simmer down in the U.S. and the UK by the end of the 90s, Ghana soon followed suit. “People will want to keep on going back to highlife. It’s never going to die down,” says Steloo. “Now most people don’t like house music. They don’t really understand it.”

However, house music remained in vogue in South Africa. According to electronic music magazine Resident Advisor, “Johannesburg has written – and continues to write – its own narrative. It has tales of hardship. The fight to free itself from the brutality of apartheid, and the role music played in that struggle. In a city still rife with poverty, house music can offer a way out.” Right now, South Africans are the biggest consumers of house music in the world, with DJs and producers like Black Coffee, Culoe de Song, Oskido, Shimza, among others leading the pack.

South African house music is what inspires Steloo and Yaw P. “It sounds really authentic and indigenous. It’s funky,” Yaw P said. “It’s house but you know there is something in there that is indigenous to them. You can’t get that sound anywhere else.”

House music has yet to fully re-emerge on Ghana’s playlist. As the popularity of house music continues to rise overseas, the fascination is slowly seeping into Ghana, initially in smale-scale circles and specifically through social media. 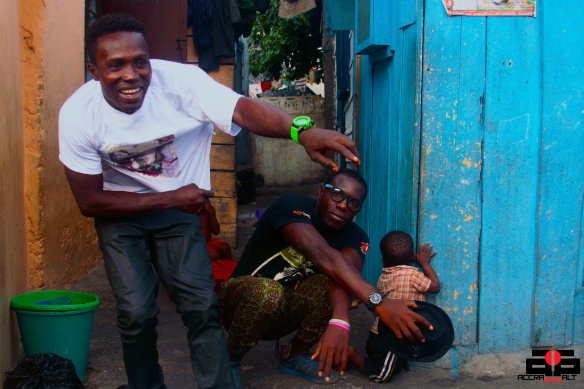 Yaw P and Steloo often work together on their tracks, however they each have their own thing going on. Steloo is more experimental. He doesn’t sacrifice his out-there house sound for more spins and he’s consistently looking to make his beats as polyrhythmic as possible. Yaw P, on the other hand, jams with western beats, however for balance, his lyrics are kept local. “As much as I’ve tried, my sound never sounds totally African,” Yaw P said. “It sounds international. It has its international appeal, but the lyrics keep you down here – the lyrics are unique to Ghana. It has an alternative vibe, like trap music but also a bit mellow.”

Steloo first got into house music while working with Eddie Blay at Vibe FM. Yaw P met Steloo whilst trying to get his own music on the radio. Blay, who now works at XFM, is also a music artist and he would play some of his house music on air. The energy that Blay exuded with the house sound became contagious, soon capturing both Steloo and Yaw P.’s ears and hearts.  “You have to be with someone who really likes it, who understands it. It’s some kind of feeling. It’s a sound. It’s spacious,” Steloo said.

“I honestly wasn’t listening to [house] at first,” Yaw P said. “But when, [Steloo] was hanging out with Eddy Blay on radio, I started going with him and when Eddy’s listening or playing his music, you will definitely get into the vibe. When you start listening to it a lot, you just keep vibing to the beat, and the beat does always play with your emotions. It ends up being a release for you if you know what you’re listening to.” A year and a half later, the duo began cultivating their very own house sounds, fusing house music with nshoonaa music [Ga beach beats and rhythms].

At the moment, Steloo is working on putting out singles of his music, a Friday night radio show on XFM that jams to experimental African music, and designing a fashion collection.

Take a look at Steloo’s latest dubstep creation, “Naagba,” which translates to “Problem” in Ga [i.e. “What is your problem?”].

Partner in crime, Yaw P, is currently working on a film and a joint album, titled The Breakup with hip hop artist/soul crooner Delasi, which is planned for release this July.

House music is clearly about digitizing an orchestra of sounds.  And the debate over whether computerization limits the quality of African music doesn’t look like it will let up anytime soon. Yaw P and Steloo are bravely exploring new digital lands, one sound layer at a time. “I don’t think [electronic music] is actually a problem. It’s just much easier,” Yaw P said. “Instead of getting a band, you have everything on a computer.”