[Double-click on photos to enlarge]

It’s hard not to fall head over heels for SENA DAGADU‘s newest album, Lots of Trees. As the sole warrior princess in Hungary’s 11-member live fusion band, Irie Maffia, Sena’s had plenty of training ground to launch her second LP. Lots of Trees follows up 2003’s First One and comprises an anthology of Sena’s sonics over the last decade. The album features the electric production of Élő Márton [Irie Maffia] and collaborations with Nneka, M3NSA and Wanlov the Kubolor.

Sena’s bold, earth-rich vocals heat the heart and chill the bone. Her love for life shines through a kaleidoscope of vibrating webs that draw in the listener. With tracks like “Accra City People”, “Pass It On”, “Extra Large” and “Morning Light”, Sena whips up a thick, soulful brew and serves it up calabash-style. In fact, Mz. Dagadu launched Lots of Trees on March 15th with a sold-out concert bash in Budapest.

ACCRA [dot] ALT hooked up with the Ghanaian-Hungarian singer/songwriter recently while she visited Ghana. Sena raps with us about blending her own batch of rhythm science into a keen balance between music, family and the spiritual self.

Read Part 1 of the interview:

ADA: How did you get started in music? Take us back to the beginning.
SD: Back in time! [laughs] I moved to Hungary [from Ghana] in 2001. I was just a snot-nosed teenager and I had a lot of time on my hands because I didn’t start uni that year. I was kind of jobless and aimless so I used to write a lot. I started with journals then poems.

Some guys started a club – dancehall, reggae and hip hop – which in Hungary is not very common. We went there one of those Fridays they were having a freestyle thing, open mic and my friend Silas was like “Go, go! Say some of the lyrics.” After enough drinks I said okay, let’s do this. It was fun! And everyone around was looking at me like, where did this girl come from? 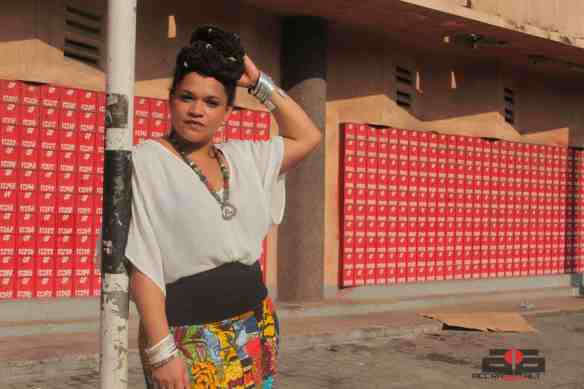 It turns out that the DJs there also have a studio. I was supposed to meet them the next day but underneath the studio was a tire shop and the place was on fire, so they were packing up the whole studio to save the instruments and what not. So there was a huge fire the day I was supposed to go there.

Their studio was a whole hip hop community and it was the base really. All the MCs used to pass there so I just kinda dropped in on a whole world of music. They introduced me to so many people. And in the end I joined their crew in a weekly hip hop and freestyle club night and we did that for seven years or so. I just kinda swam for a bit and ended up really deep at the right time.

ADA: Tell us how Irie Maffia came about.
SD: Élő Márton gave me one track for my first album – Irie Maffia was a DJ crew back then. The first tracks they gave me to listen to I wasn’t really feeling it so I didn’t join them for a few years. My musical career kind of went up and down. And when it was down for a very long stretch, I came back to Ghana for a while – about half a year. I was thinking about moving back to Ghana and Élő came at just the right time and asked me again to join the band. Their music was sounding a lot better, they had put a lot of effort into the production so I was a little more impressed than when they first asked. Since I really didn’t have any plans I said, why not. Let’s just do it.

I recorded and finished the album with them and we started doing concerts and this was like six years ago and the whole thing just grew from there. It kept growing and the situation kept getting better. We started understanding each other a lot more. I mean it’s an 11-member band, it’s a huge machine so it takes time for everyone to find their place musically and personally.  I really enjoyed the whole challenge of it. I’ve never done anything like that before with a live band – it’s an incredible experience.

I’m still in it – Irie Maffia is a huge company now that does different side productions apart from the band. It’s grown into quite an empire and it’s really lovely. I didn’t move back to Ghana but I married one of them [Élő of Irie Maffia]!

ADA: Working with twelve band members requires that you create a kind of synergy. What is that process like?
SD: It’s not easy but it helps that the two founding members are also the heads of production. Bottom line, they have the most say in deciding which tracks we choose – music that reflects the ideology of Irie Maffia. It’s also grown so much so everyone is bringing their ideas and it’s become more democratic and evolved. We always have to renew and bring in some fresh vibes. Everyone does their own solo projects as well and we import bits of ourselves into Irie Maffia.

Yes there are arguments, ideas can be pushed out. But it’s never serious beef. When we argue something out, we don’t do it like “I am offended and I’m not going to tell anybody and I’m going to keep it for weeks and be sad about it” – everything is so instant. If you say something stupid everybody will just shut you up. We battle it out and find a solution. We don’t like to carry on and leave beef. We like to sow the edges off. Amputate it, get rid of it.  Communication as a group is the most important thing that has held it together.

ADA: Talk about your songwriting process. Do you write when you are inspired or as a practice every day?
SD: For a few years, I’ve been writing for fixed projects. Doing this album took years to put the songs together. Sometimes I write on the spot in the studio and 30 minutes later it’s recorded. It depends, it’s so different every time. My creative time of day and style always changes.

Because now I have a baby and I’m a night creature ordinarily but now I can’t be. I would wake up 12am and get my coffee and cigarettes and book and start writing. Now I have to wake up at 6 in the morning and the day starts to go forward. Then when I put my daughter to sleep by 9pm, I don’t have any energy left. So it’s ok, maybe tomorrow! But I do go onstage a lot and I’m creating fresh stuff for shows and other projects so somehow we manage.

ADA: The changes in your life – as a wife and mother – is this reflected in your music?
SD: A bit, yes. Obviously. I used to be a party animal. Vibing, freestyling, going to the studio at 3am and recording. Now I don’t really do that. I have to find a new way of intoxication! And a new way of speaking. Suddenly I’m learning who my daughter is and how she works all to learn myself again. I think of it like a tree. I haven’t had to uproot myself completely just shed all my leaves and regrow them.

ADA: It’s a metamorphosis.
SD: Sometimes you have to shed skin. I have some freshly dried python skin somewhere! 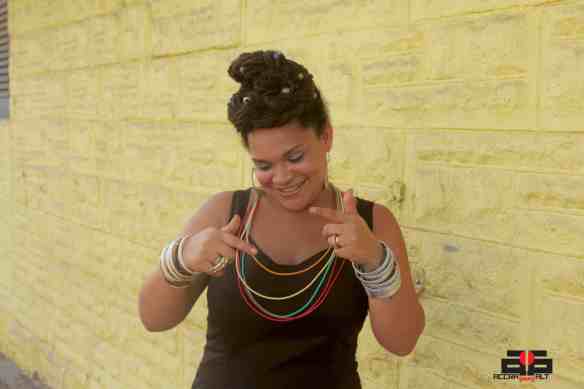 Stay Up with SENA DAGADU | @senadagadu